Back to Berlin: A journey…

In the summer of 2015, the European Maccabi Games (also known as the Jewish Olympics) were held in Germany for the first time since the Second World War at the Waldbühne Stadion, site of Hitler’s infamous 1936 Berlin Olympics. This symbolic moment is captured in the documentary feature, “Back to Berlin”, which follows eleven modern day motor bikers on a mission to carry the Maccabiah torch, and fly the Israeli flag from Tel Aviv to Berlin.

Each destination on the way to Berlin holds a chilling resonance for the riders as they discover and share how their families perished or managed to survive. They find themselves heavily protected by police and a Europe virtually depleted of Jews, clinging on to plaques and memorials as symbols of a time gone by, and once again fearful of rising anti-Semitism.

These riders follow in the tracks of the early 1930’s bikers, who in one of the most innovative PR exercises of all time, set out from Palestine to all corners of Europe to search for athletes for the first Maccabi Games in the British Mandate of Palestine in 1932.  The documentary also charts the fascinating history of the Maccabiah Movement and puts it into a fresh historical context.

Back to Berlin is the first Biker-Flick meets Holocaust, educational fly on the wall documentary; mixing archival footage of the original bikers, pertinent historical events with the personal revelations of the 2015 bikers to deliver a deep and profound message.

The core group of bikers is comprised of nine Israelis and two Diaspora Jews. They include photojournalists, a TV host, a physicist, a farmer, a surgeon, an inventor, an architect and an art dealer. Seven are descendants of Holocaust survivors, TWO are actual survivors and TWO are grandsons of original 1930’s Maccabiah Riders.

This motorcycle journey, over the course of one month, spans more than 6,000 KM (3,800 miles), through nine cities, two major storms and unbearable heat. Our riders, like the Nazis’ torch relay for the 1936 Olympics, carry their torch from Athens to Berlin but this time take a detour via Auschwitz.

As the journey progresses they try to free themselves from the shackles of the past only finding solace on their powerful BMW motorbikes. As their smiles turn to tears and anger, their relationships within the group shift and are challenged.  It is only their determination and humour that propels them to deliver their torch for the Opening Ceremony for the European Games. 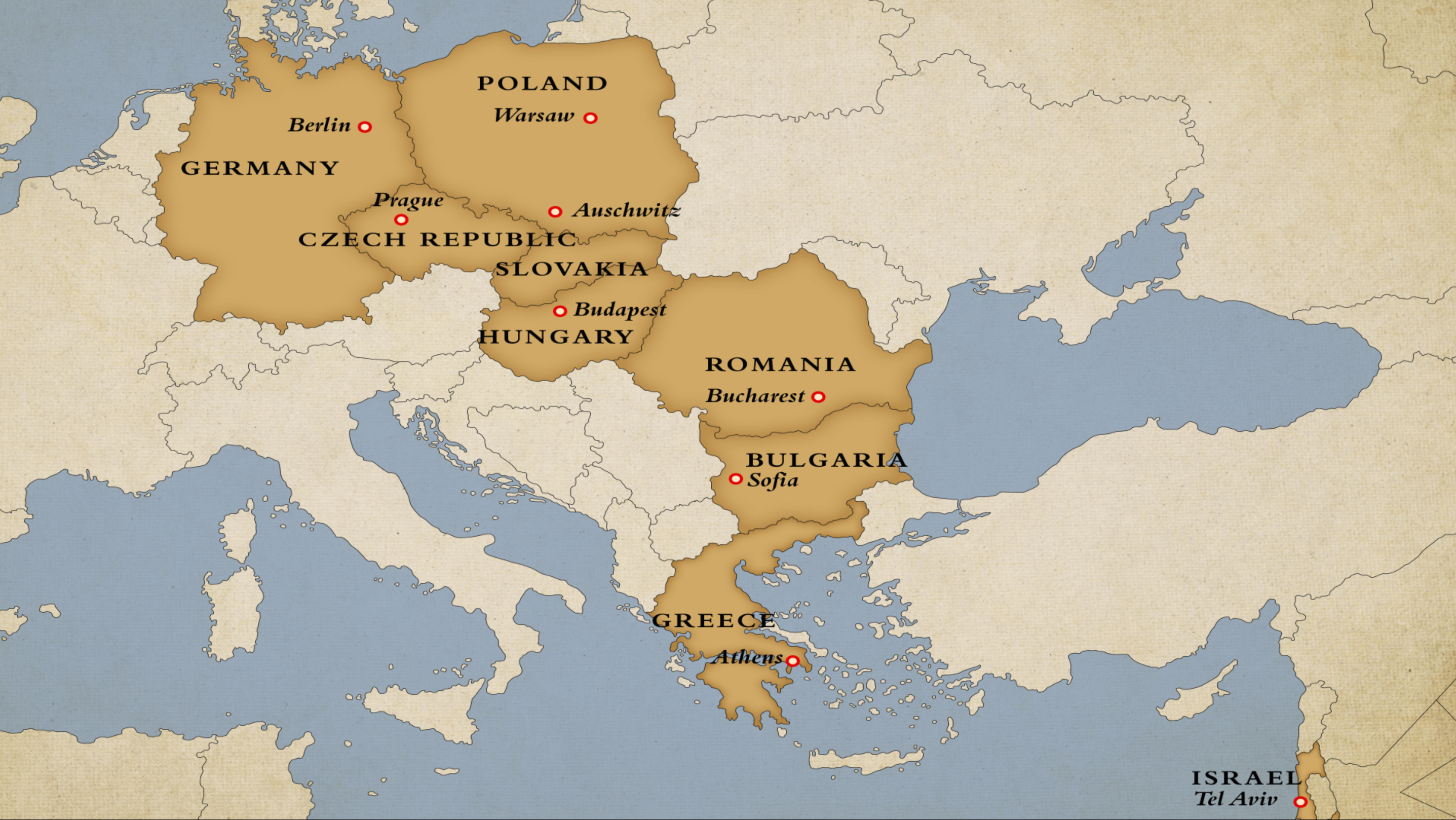